The Furman Cycling Team raced in the second weekend of the Greenville Spring Training Series this weekend. Andrew Koch and Dylan DeGraw raced the Cat. 5 road and circuit races and both had good performances. Saturday in the 35 mile Fork Shoals race, the two got into a successful break away which lasted all through the final lap to the finish. Andrew sprinted with the large breakaway and managed a 7th place finish. Unfortunately, Dylan did not shave his legs as close as Andrew did, slowing down his sprint by a bit, but he still pulled out an impressive 15th. I raced the Cat. 3 road race and was excited to be racing on my new tubular wheels. One mile from the finish of the 65 mile long race and sitting 5th wheel, a rider in front of me touched tires with another rider and went down, causing me to hit his cassette with my tire and flat. Despite the let down of not being able to finish, I felt like I had a good race and rode well. On Sunday, we raced in the fast paced circuit style race at the BMW test track in Greer. In both of the team's races, the wind made staying tucked into the peloton necessary. On the last lap of the Cat. 5 race, Andrew swung out to make an early attempt at a sprint, but was forced back to the group by the strong wind. Dylan spent the race at the front of the pack, setting a high tempo and using his 'Coup d'etat' style of racing (team inside joke), which did not let a single breakaway get away. He is really coming along as a road rider and just his finished his 3rd ever road race. They finished 19th and 22nd respectively. I raced the Cat. 3 circuit but did not end up being in a sprinting position the final lap and finished 22nd, but i again felt like I rode a good race. We had a good weekend racing and also bonded as a team. Jimmy and Knox did not race this weekend because they have recently bought a large pink tandem road bike with a basket and horn and enjoyed riding the Swamp Rabbit all weekend. Knox even put cards in the spokes to make it sound like a motorcycle. We wish them luck in their strange adventures.

The team will be racing in the final Greenville Series races this weekend. For all of Jimmy's fans out there wanting to know when his season will start...settle down...he is racing next weekend 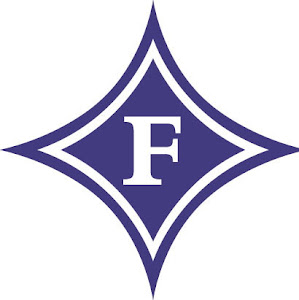